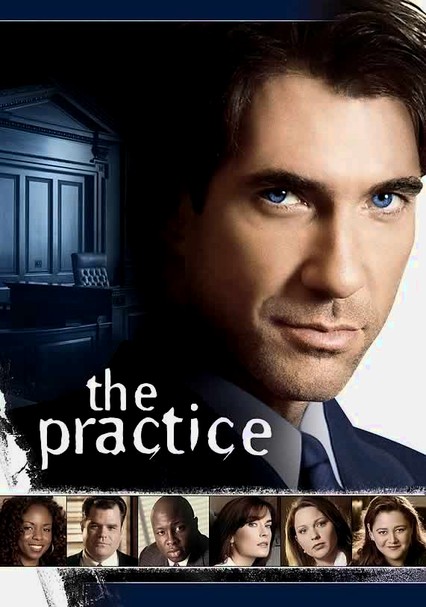 1997 TV-14 0 seasons
Bobby Donell (Dylan McDermott) is a lawyer who eschews the glitz of big law firms to run his own agency devoted to defending clients who've been embroiled in scandals. Building his Boston shop from the ground up, Donell gathers a team of brilliant legal minds, including powerhouse attorney Lindsay Dole (Kelli Williams) and former investigator Eugene Young (Steve Harris). Camryn Manheim appears as Ellenor Frutt, a role that earned her an Emmy.

Parents need to know that this legal drama has strong adult themes, including drugs, violence, sexual harassment, and murder -- both related to the cases that the lawyers deal with and in their own lives. The main characters are all adults, and most of them talk about or get involved in sexual relationships at some point during the show's run. Between the mature storylines and the sometimes-complex legal technicalities that the series deals with, this one isn't for kids.

Dialogue contains sexual innuendo (which may go over the head of young viewers). Some making out, but no simulated sex acts. Plenty of graphic descriptions of sex-related crimes.

Frequent discussion of violent acts (including some sexually based crimes, like sexual harrassment), as they relate to clients and court cases. Some fights, with people punching and kicking others to the point of injury. Murders, some by gunshot, have taken place. In addition to dealing with violent acts as part of their job, the main characters are sometimes directly involved with/the targets of violence (as in an ongoing serial killer-stalker plot).

The series focuses on the pursuit of legal justice and shows strong professional loyalty and commitment to both clients and to the firm's partners. Highlights the strengths and weaknesses of the legal profession. But lawyers are sometimes seen engaging in unethical behavior, and the show contains frequent sexist references by some of the characters. One of the main characters is African-American while another is a single mother. Artificial insemination is a prominent theme.

Occasional adult consumption of alcohol, including beer, wine, and hard liquor. The adult use of marijuana is discussed and occasionally visible. Contains discussion of illegal drugs (related to clients/cases).