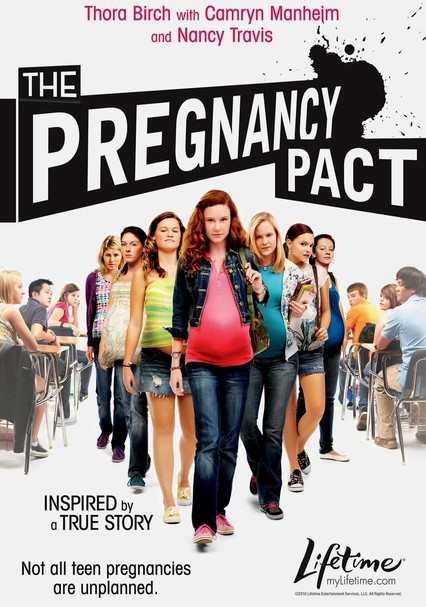 2010 NR 1h 34m DVD
When ambitious blogger Sidney Bloom (Thora Birch) returns to her old high school to investigate a rash of teen pregnancies, she learns that the expecting girls may have hatched a deliberate scheme to get pregnant at the same time. Now a storm of controversy descends on the school and encompasses Bloom, a pro-birth-control school nurse (Camyrn Manheim) and a conservative parent group. Rosemary Rodriguez directs this drama inspired by true events.

Parents need to know that this made-for-TV movie about teen pregnancy (which is partially inspired by an alleged real-life "pregnancy pact" in 2008) calls attention to the rising teen birth rate in the United States and addresses some of the potential reasons behind it. Although it emphasizes the need for open communication about sex, pregnancy, and the realities of being a young parent, it also depicts some of its teen characters as manipulative and oblivious; there are also scenes of teens drinking and smoking. Adult characters take both sides when it comes to issues like sex education and birth control in schools. Expect occasional strong language and some emotionally charged arguing and fighting, too.

Young girls struggle with the pressure to have sex and get pregnant. Young girls are shown getting undressed and/or getting in and out of bed (but there's no nudity). Girls are shown wearing bikinis at a pool party. Making birth control available to students is discussed, and kids are shown buying condoms. Abortion is alluded to but not directly addressed. References to statutory rape.

Yelling and arguing. Occasional fights; arrests are made as a result.

Words like "bitch," "damn," and "slut" are occasionally used.

The movie highlights the importance of talking to teens about sex, abstinence, pregnancy, and birth control. It also addresses the choices that young women can make if they do become pregnant. The movie notes that not all teens are having sex.