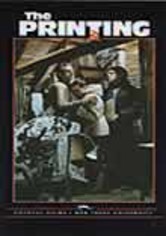 1990 NR 2h 17m DVD
This acclaimed inspirational drama from producer-director Tim Rogers chronicles the travails of a handful of Christians who -- at enormous personal risk -- print and disseminate Bibles in underground Russia. As the true believers surreptitiously attempt to spread God's word, they find themselves under scrutiny by the repressive KGB. The film's cast includes David Burke, Richard Rupp and Edward Panosian.