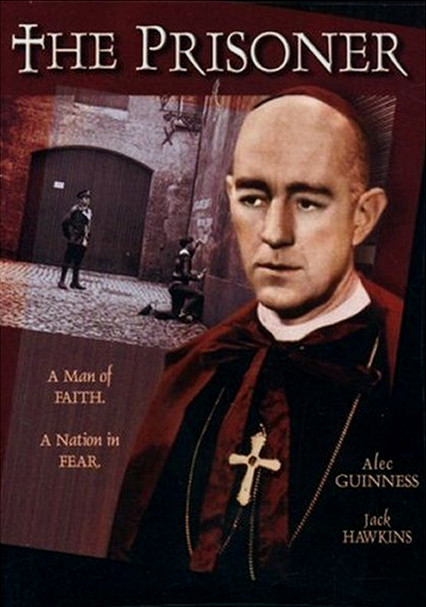 1955 NR 1h 33m DVD
Peter Glenville made his directorial debut with this drama about a Hungarian cardinal (Alec Guinness) imprisoned -- and subjected to mental and physical torture -- by police who are heavily influenced by the new Communist regime. His captors hope that their agony-inflictive tactics will make the cardinal retract some anti-establishment addresses he made. Jack Hawkins plays an interrogator out to shame the cardinal into issuing a false statement.