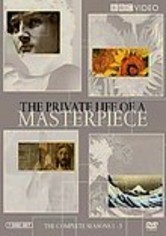 2003 NR 2h 34m DVD
Learn the fascinating stories behind three paintings from the first half of the 19th century: Francisco Goya's The Third of May 1808, Eugéne Delacroix's Liberty Leading the People and Hokusai's The Great Wave. Discover how Goya used drawings by authentic witnesses to depict a real firing squad; how Delacroix's masterwork influenced the Statue of Liberty; and how Hokusai's print won him adulation far beyond his native Japan.