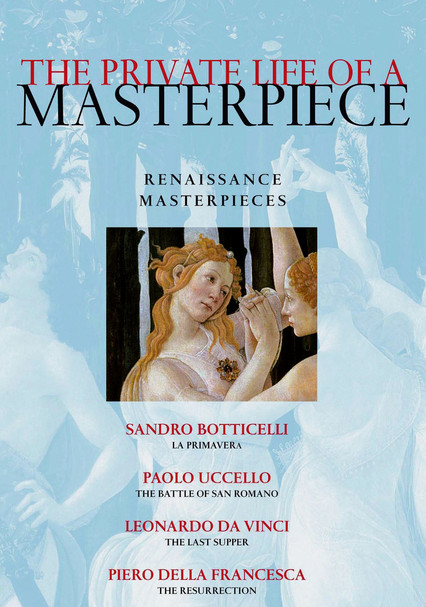 2003 NR 2h 34m DVD
Concentrating on four icons of Renaissance painting, this documentary series reveals how the works came to be created, how they influenced later artists and how they eventually gained canonical status. The acclaimed quartet consists of Sandro Botticelli's La Primavera, Paolo Uccello's The Battle of San Romano, Leonardo da Vinci's The Last Supper and Piero della Francesca's The Resurrection.