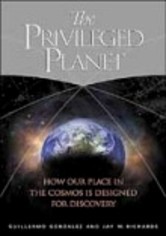 2004 NR 1h 0m DVD
Embracing the concept of intelligent design and refuting the theory of evolution, this intriguing video posits that Earth was created not by a series of random events but by a "creative designer" who knew exactly what he was doing. Several proponents of intelligent design, including philosophers and scientists, share their views about this controversial theory and provide evidence that supports their premise. Actor John Rhys-Davies narrates.