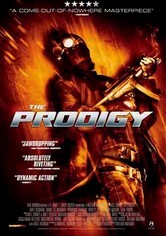 2005 NR 2h 0m DVD
When mob flunky Truman Fisher (Holt Boggs) is ordered to take out a legendary assassin known as Rains (Glen Vorhis), he's forced into a dangerous game of cat and mouse with the notorious hit man. It soon becomes clear, however, that Rains is not trying to kill him, but instead wants to train him as his successor. Faced with an unwilling pupil, the viciously effective Rains will have to resort to extreme measures to get Truman on board.