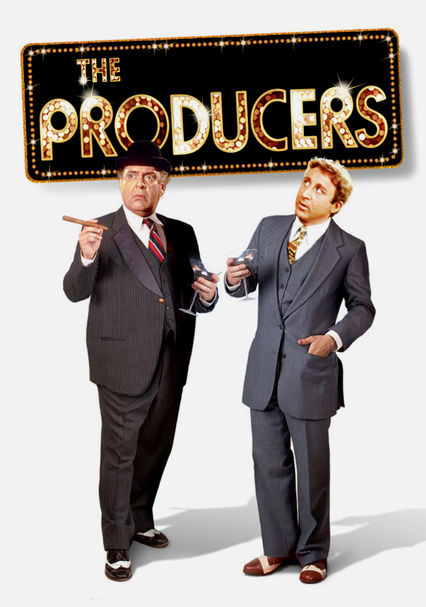 1968 PG 1h 30m DVD
Rapacious but lovable producer Max Bialystock (Zero Mostel) hasn't had a hit in years when, quite by accident, he and his meek, neurotic accountant, Leo Bloom (Gene Wilder), come up with a plot to oversell shares in a surefire flop musical and make off with the profits. The catch is that their cash cow, "Springtime for Hitler," is the worst show ever written. Mel Brooks directs this comic gem that inspired the Broadway musical of the same name.

Parents need to know that this film depicts two con men trying to steal money from elderly women and unsuspecting theatergoers. The Broadway musical featured in the movie comically champions Nazi beliefs and dogma; the song lyrics contain many references to the glory of "the master race" and other aspects of Nazi ideologies. There are several references to sex and the musical features some suggestively clad females on stage. Because the film has been turned into a high-profile Broadway musical and is being remade for the screen with actors Nathan Lane and Matthew Broderick, children may be familiar with it and want to see it.

A main character is characterized as being "a gigolo." Female characters are depicted in suggestive costumes. Highly stereotypical depictions of homosexuality.

The two leads lie, cheat, and steal from old ladies. While they are punished for their actions, this does not change them in any way.

Some drinking, largely without consequences.