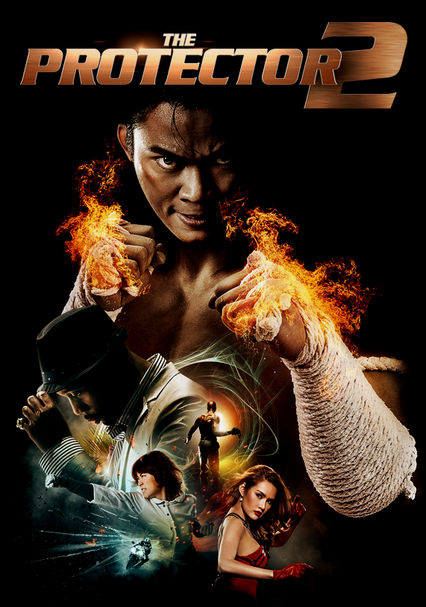 2014 NR 1h 44m Blu-ray / DVD
In this action-packed sequel, martial arts expert Kham wages new battles with animal poachers who work for an organization planning to use his beloved elephant Khon as part of a plot to carry out a coup d'état.

Parents need to know that The Protector 2 is the (disappointing) sequel to the 2006 martial arts action movie The Protector, also starring Thai martial artist Tony Jaa and some elephants. The new movie's violence is slightly less brutal than the first one, but it's still full of wall-to-wall martial arts fighting, with punching and kicking and bodies slammed about. Characters die, and the bad guys make an elephant into a bomb by inserting explosives into its tusks. Women in sexy outfits are shown, and there's some brief but strong sex talk. Language is strong, with several uses of "f--k" and "s--t," as well as other words, both spoken in English and printed in the subtitles.

A gangster boasts about the "bitch I banged last night." One female fighter is shown wearing a revealing outfit. RZA is shown surrounded by several scantily clad women.

Wall-to-wall martial arts fighting, with punching and kicking and bodies thrown about and slamming into things. Knives and guns are also used. Minor cuts and scratches are shown. Some characters are killed; one bad guy has the ability to kill with his fists. The main character gets an electrical device attached to his back that zaps him and causes him pain. An elephant is guided along with use of an electric prod. The bad guys use the elephant as a bomb, planting explosives inside its tusks. Cars and motorcycles crash and explode. A stuntman's head is run over by a car, but his helmet protects him. Mention of a woman being raped. Some brief TV news footage shows and describes a dead elephant.

It's hard to determine just what this depressing mess is really about, but the main message could be: Keep a close eye on your elephant.

An Apple iPhone is shown.

Some bad guys make a toast with glasses of wine.