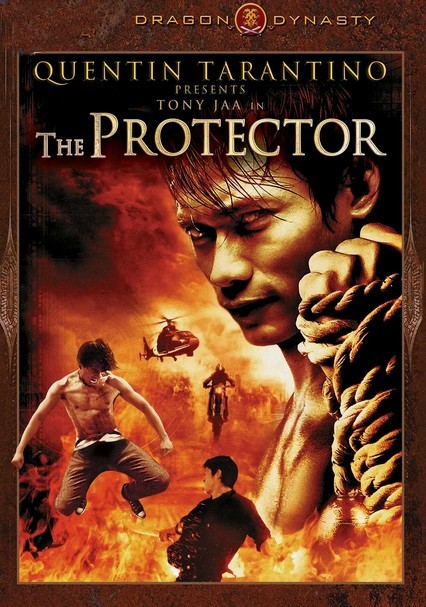 2005 R 1h 23m Blu-ray / DVD
Tony Jaa stars as Kham, a young Thai fighter who sets off for Sydney, Australia, to reclaim his family's prized pachyderms. When a nefarious Chinese gang shoots his father and makes off with two beloved elephants, Kham vows to settle the score.

Parents need to know that the film is essentially a series of brutal martial arts fights, with bones crunching and bodies slamming. In a sad scene that leads directly to action, a young man's father is shot (bloody chest) and dies in his arms. Fights show bodies thrown through walls and windows, into furniture, and in/out of vehicles. Some assaults result in bloody faces or bodies. One sequence features slow motion kicks/hits performed in standing water, with background fires burning; another a lengthy series of bones breaking (arms, legs, necks, backs) with loud sound effects. One villain throws a baby elephant through as window (reportedly, a real elephant was not used); one adult elephant appears dead/mounted as a trophy. One scene shows characters eating exotic animals (close-ups of slithery items being chewed), while another shows young women/older men in mud bath, and still another shows a young boy dying of poisoning (briefly gruesome).

A couple of scenes feature women disrobed/disrobing; in a mud bath, a dancer/call girl rubs mud on her breasts/torso and lap dances a police commissioner (other girls appear in background, in thongs, with another man); in another, a woman bathes in rose petal water, emerging to have a man put a silk robe on her (no explicit body parts here); Rose is portrayed by a famous Thai transsexual star.

Profanity, including "ass" and "s--t" (once written in subtitle).