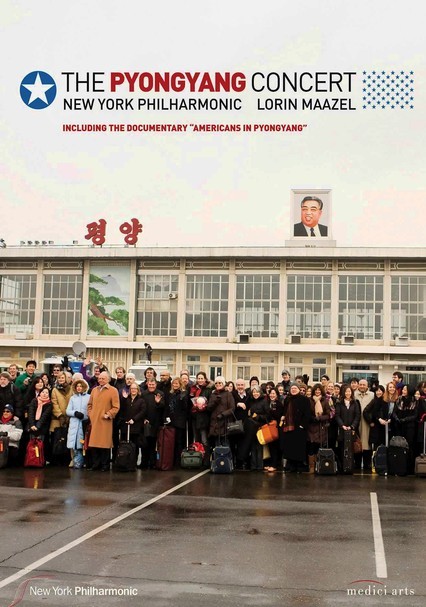 2008 NR 1h 47m DVD
This program features a landmark concert given by the New York Philharmonic Orchestra in Pyongyang, North Korea, in 2008 -- the first-ever performance by an American orchestra in the Democratic People's Republic of Korea. Lorin Maazel conducts the orchestra for this historic event, allowing the music to transcend political conflicts and open up avenues of understanding between the musicians and their audience.