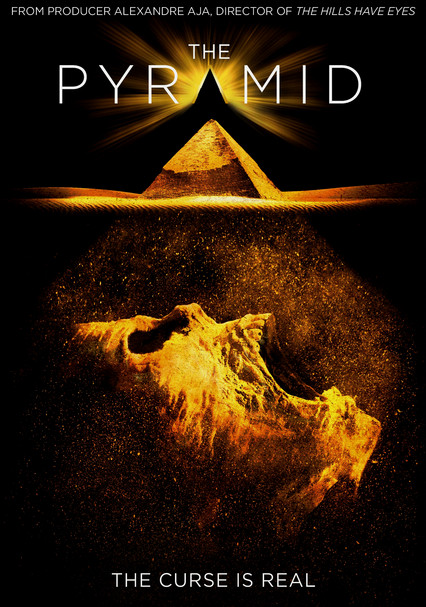 2014 R 1h 29m Blu-ray / DVD
After satellite data identifies an Egyptian pyramid beneath the desert floor, a team of archaeologists tries to unlock the structure's secrets. Once inside the catacombs, however, they become lost -- and soon find themselves being stalked.

Parents need to know that The Pyramid is a found-footage monster horror film that's similar to (but not nearly as good as) As Above/So Below. Expect a lot of blood and gore and scary monster violence. Guns are briefly fired, and, near the end, a boy is in danger. Language is fairly strong, with several uses of "s--t" and one or two uses of "f--k," "a--hole," and more. There's some brief innuendo, and a woman changes clothes in front of a mirror; she's shown from behind, and nothing sensitive is seen, but a robot cam spies on her and zooms in on various body parts. Because the cast includes some secondary actors from TV's True Blood, teen horror hounds may be briefly interested, but it's quite forgettable.

A woman takes off her bra and puts on a tank top, shown from the back. Robot cam spies on her, zooming in on various body parts. Brief innuendo. Photo of a couple kissing.