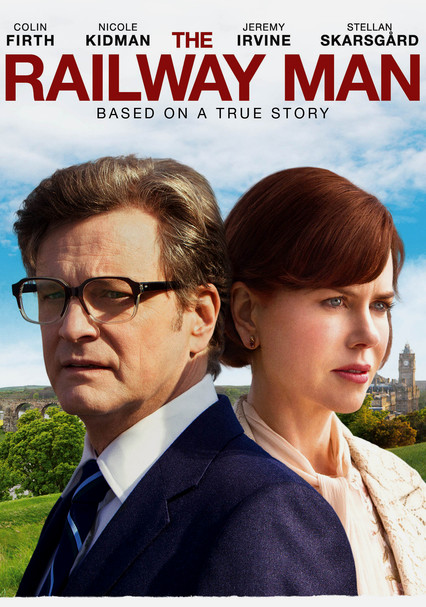 2014 R 1h 58m Blu-ray / DVD
Decades after his brutal captivity under the Japanese during World War II, Eric Lomax still has nightmares about the ordeal. But when he unexpectedly meets and falls for Patti, a bizarre coincidence brings his past back into focus.

Parents need to know that The Railway Man centers on an ex-soldier (Colin Firth) who was emotionally scarred by his years in a Japanese POW camp during WWII, to the point where he sometimes still imagines his captors are with him, decades later, torturing him anew. Nicole Kidman co-stars as his wife, who doesn't know how to handle these demons from the past when they rear their ugly heads -- in scenes that are likely too harrowing and intense for younger viewers. One scene also shows a character after having committed suicide. There's also some flirting, kissing, and social drinking, but the main issue of concern are the many scenes of POW torture. Themes of revenge and sacrifice are explored.

A couple is shown embracing in bed in a tender moment. Some kissing.

Many sequences show soldiers being abused in a Japanese POW camp, including vicious beatings, cruel interrogations, and an extended water-torture scene. Prisoners who aren't tortured are starved and worked to the edge of death, and plenty of shots feature corpses or skeletons. One shot shows someone who has committed suicide.

The main character is long driven by revenge, but once he finally comes face to face with the man who tortured him long ago in a WWII POW camp, the former prisoner must choose whether he wants to act from rage or from forgiveness.

Some scenes show adults drinking in a pub.