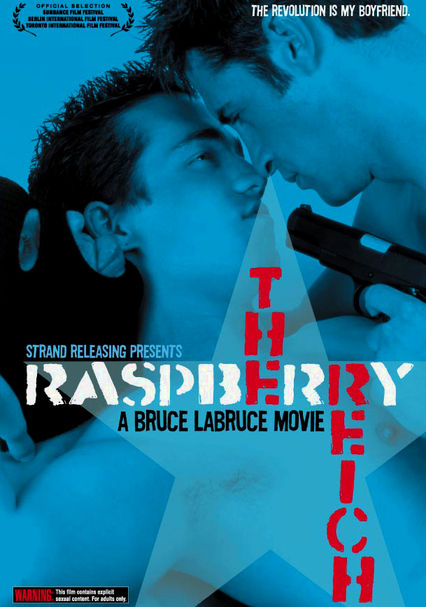 2004 NR 1h 30m DVD
In this audacious film about modern Germans adopting the culture of left-wing movements of the 1970s, Gudrun (Susanne Sachsse) -- the Raspberry Reich's doyenne -- forces her straight male comrades to have sex with each other to prove their mettle as revolutionaries. Directed by provocateur Bruce La Bruce, the movie costars Andreas Rupprecht as the kidnapped son of a rich industrialist. Not for children.