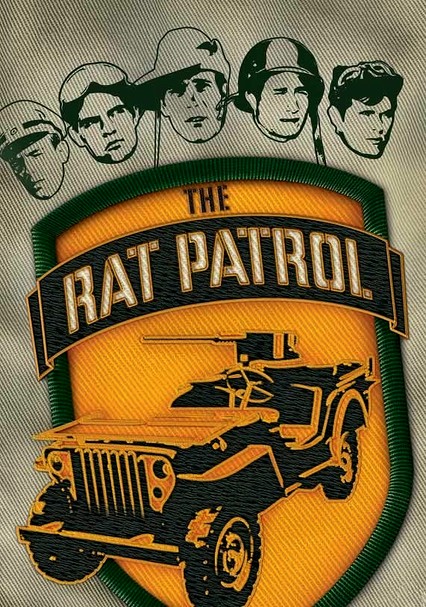 1966 NR 1 season
This short-lived 1960s television series follows the adventures of an elite team of commandos known as "The Rats" (Christopher George, Justin Tarr, Morgan Jones and Lawrence Casey), who are stationed in North Africa during World War II with a mission to capture their nemesis, Hauptmann Dietrich (Eric Braeden). The intrepid group proves to be a thorn in the Nazis' side as they endeavor to steal weapons, commandeer a German tank and more.

The daring commandos of the Long Range Desert Group, also known as the Rat Patrol, take on the German army in North Africa in the second season of this classic series. Led by Sgt. Sam Troy (Christopher George), the four-man squad specializes in desert warfare and audacious raids, often carrying out their missions deep behind enemy lines. This season, the Rats rescue Troy from an enemy fort, track down a kidnapped boy and capture a German tank.