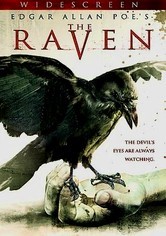 2006 R 1h 21m DVD
As a child, Lenore was tormented by nightmares and obsessed with the dark poems and stories of Edgar Allan Poe. As the lead singer in a Los Angeles band, the adult Lenore (Jillian Swanson) finds herself, friends and colleagues haunted by a murderer from beyond the grave. Only in her dreams -- in which she's visited by Poe's ghost -- will Lenore find the key to defeat her supernatural stalker and finally escape the spirits battling for her soul.