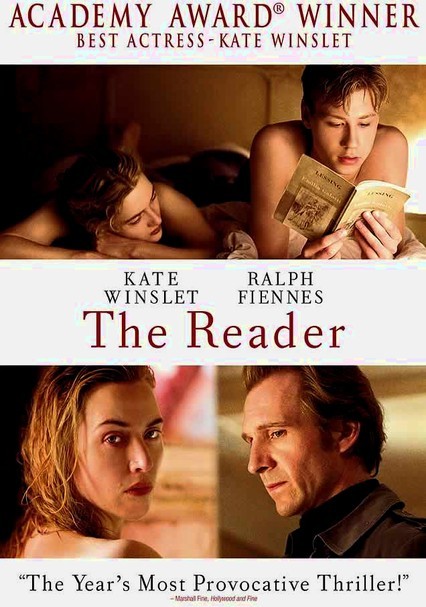 2008 R 2h 5m Blu-ray / DVD
In this haunting drama, middle-aged lawyer Michael Berg reflects on the brief but formative sexual relationship he had as a teen with an older woman in 1950s Germany -- and his feelings years later upon learning she was on trial for Nazi war crimes.

Parents need to know that this mature drama revolves around the sexual relationship between a 15-year-old boy and a much older woman. There are extensive sex scenes, full-frontal nudity, and a real, raw sense of sensuality throughout the first half of the film. The woman is later revealed to be an ex-Nazi prison guard on trial for her actions during the war; this involves extensive discussion of Nazi Germany's crimes against Jews and other victims of the Holocaust. There's also lots of talk about heavy, complex topics like complicity, guilt, shame, forgiveness, and responsibility. It's worth noting that even with the story's powerful undercurrent of eroticism, the Bernhard Schlink book it's based on is a staple of German high school class reading.

Some scuffling; a woman slaps a man. Depiction of a suicide. Discussion of prisoners burning to death while trapped inside a burning church, as well as the mass-murder mechanics of the Holocaust.

Some strong language, including "Nazi" and "whore."

Some mention of brands like Siemens and BASF electronics, as well as books like Huckleberry Finn, Tintin, Lady Chatterly's Lover, and more.