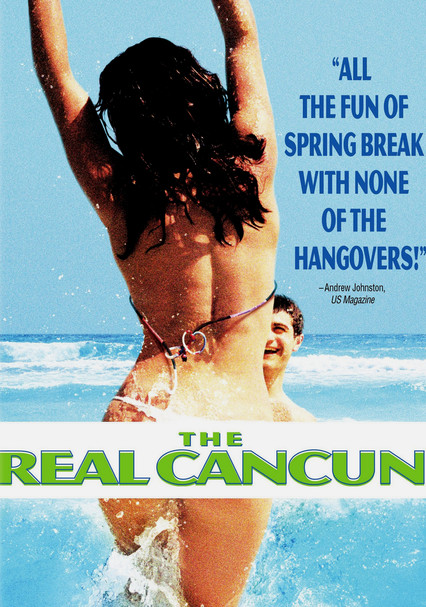 2003 R 1h 37m DVD
&NFb&NFb_;The folks behind MTV's "The Real World" head to Mexico for spring break in this feature film twist on their successful reality show formula. This time the cameras are turned on a group of 16 college-aged strangers let loose in Cancun for a week. Expect plenty of drinking, carousing, romantic entanglements and all of the other things that keep us coming back to "reality" shows in the first place!

Parents need to know that this movie has an alcohol-content level high enough to make the audience feel drunk. Characters rely heavily upon alcohol, with several people doing things while under the influence that they clearly wouldn't do under other circumstances. The movie does not show what must have been the other effects of all that drinking, skipping the vomiting and hangovers for the more voyeur-friendly hooking-up and suggestive dancing. Sex is a major theme of this movie, and the camera follows several couples into the bedroom to record their activities. While many movies have explicit scenes of couples who are acting, a notable line is crossed here, where the audience is watching actual intercourse, albeit thinly veiled under a blanket.

Extreme, including n-word (not intended as insult).