The Real Housewives of Atlanta 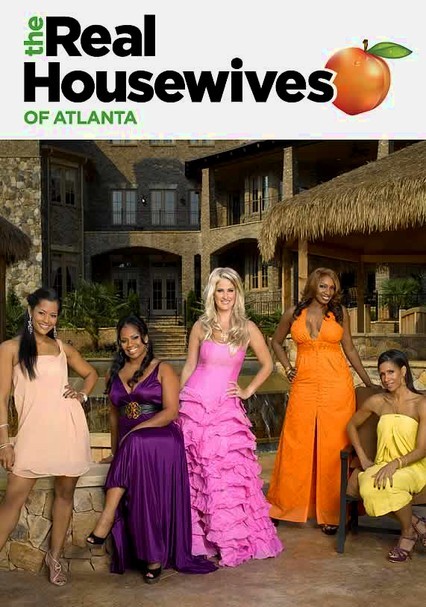 The Real Housewives of Atlanta

2008 TV-14 1 season
Catfights, career blunders and campy sidekicks help crank up the drama in the third installment of the "Real Housewives" franchise, which hits the hottest neighborhoods in Atlanta to capture the highs and lows of life in the Peach State. The cast includes an aspiring fashion designer and former "football wife," a mother searching for her biological father and a tone-deaf trophy girlfriend trying to break into the music biz.

Bravo's "Real Housewives" turns up the heat with this Atlanta edition of the addictive franchise. Five women of Hotlanta's social elite stay classy while balancing the demands of family, work and wealth.

Parents need to know that this latest installment of the Real Housewives franchise -- which follows the lives of five wealthy Atlanta socialites -- is more of the same. Like their counterparts in Orange County and New York, these women place great importance on wealth, social status, and material goods. Although the show deals with some of their personal problems (divorce, single motherhood) the series primarily focuses on their obsession with staying at the top of the city's social ladder. Not surprisingly, lots of high-end name brands are prominently featured. Also expect catty behavior, salty language (the strongest words are bleeped), sexual innuendo, and plenty of drinking.

The women argue, shout, and wag fingers in one another's faces.

Audible language includes words like "bitch" (both spoken and written out in text messages). Stronger words like "f--k" are bleeped.

The show focuses on women who are driven by wealth, status, and materialism. Deals with issues like divorce, single motherhood, and illegitimacy.

Prominently shows lots of high-end brands like Versace, Dior, Jimmy Choo, and Cadillac. Lisa Wu's various clothing and fashion lines -- including Wu girls and Hart 2 Hart Baby -- and Sheree's fashion line, She by Sheree, are also prominently featured. The women are very concerned with material wealth and the status that it brings them.