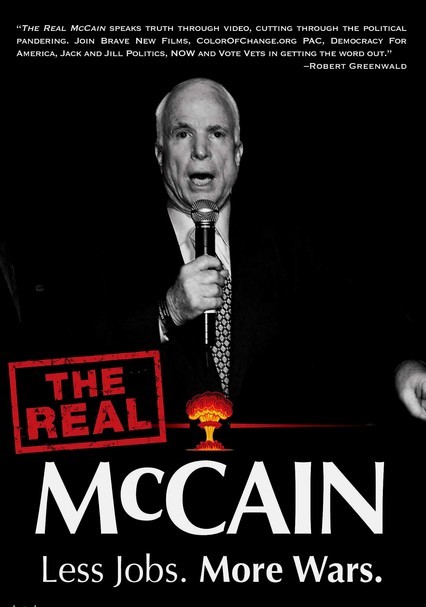 2008 NR 1h 0m DVD
This collection of short films originally available on the Internet takes a critical look at the political record of Senator John McCain, from his connections to big oil to his stance on war in the Middle East. What emerges is a portrait of a 2008 presidential candidate more revealing than mere sound bites can portray. This anthology expands on the original videos with commentary from MoveOn.org's Eli Pariser and other political analysts.