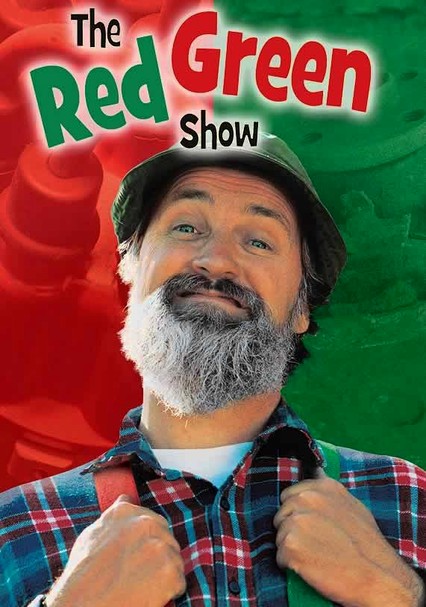 1991 TV-PG 5 seasons
This long-running comedy series follows Red Green (Steve Smith), a bumbling carpenter and outdoorsman who hosts his own improbable home improvement TV show. Red offers plenty of advice for both fix-it projects and marital troubles. Broadcasting from Possum Lodge, Red employs his nerdy nephew, Harold (Patrick McKenna), as a cameraman, while his group of buddies helps out with the advice and the duct tape.

Hapless handyman Red Green (Steve Smith) brings his low-budget cable show into its second season, doling out even more misguided DIY advice that never quite measures up while the rest of the Possum Lodge follows his lead. Things get off to a disastrous start when a security-conscious Noel (Kevin Frank) mistakes Helmut (B.J. Woodbury) for a burglar and whacks him over the head with Bob's prized putter.

It's a handyman's world at Ontario's own Possum Lodge, where no-budget home improvement is the name of the game and lodge president Red Green (Steve Smith) and his buds dispense beer, marriage advice and duct tape. In Season 3 of the long-running comedy show, Red and the guys dig for gold in a parking garage, Possum Lake become magnetized (and may be home to a dinosaur), and the lodge members form an ill-fated volunteer fire department.

The Possum Lodge gang returns for another season in this long-running comedy. This time around, Red Green (Steve Smith) employs his unique brand of handyman talent to run for mayor, turn a digital clock into a pacemaker and power the entire lodge with a car cigarette lighter. Patrick McKenna, Bob Bainborough, Wayne Robson and Jeff Lumby star as Red's friends and partners in disaster.

Handyman and TV host Red Green (Steve Smith) returns to Possum Lodge for more high jinks and male bonding in this popular comedy about the mischief men make when they're safely out of the reach of women. This season, Dalton tries to get along with his wife, Winston attempts to find a wife, and Red hosts a unique cross section of guests, including Dalton's emus, a foster child and a group of 500 Americans visiting Canada.