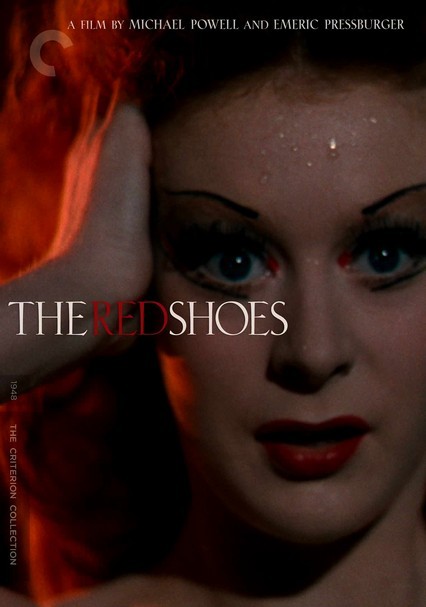 1948 NR 2h 13m DVD
Fledgling ballerina Victoria falls in love with brilliant composer Julian while they collaborate on a ballet that makes her a star. But overbearing company owner Boris, jealous of their love, fires Julian and forbids Victoria from performing.

Parents need to know that this revered ballet drama ends with a rather romanticized suicide, a plunge into the path of a train (not explicitly shown, fortunately), a startling ending for a movie that has had universal appeal for ballerinas of all ages. There is the proposal that being a successful creative artist and having a "normal" happy personal life and family at the same time just isn't possible. Characters routinely smoke cigarettes. This is not to be confused, nosiree, with the Korean-made 2005 shocker The Red Shoes, which is a modern horror-film riff on the Hans Christian Andersen fairy tale, or the highly erotic Red Shoe Diaries films/TV sex anthologies.

The likeable and talented heroine's rush toward suicide at the end casts a shadow over the characterization, as does the unyielding possessiveness of the two men in her life that drives her to it (there is some old-fashioned sexism in the idea that the girl has so little control over her own life she has to end it). In a small subplot a music teacher steals a composition from a student and passes it off as his own.

Names of actual ballets are reverently dropped (in European fashion, "Swan Lake" is referred to in its French title, "Lac des cygnes."

Much cigarette smoking, a raucous party with festive drinking from an oversized wine bottle.