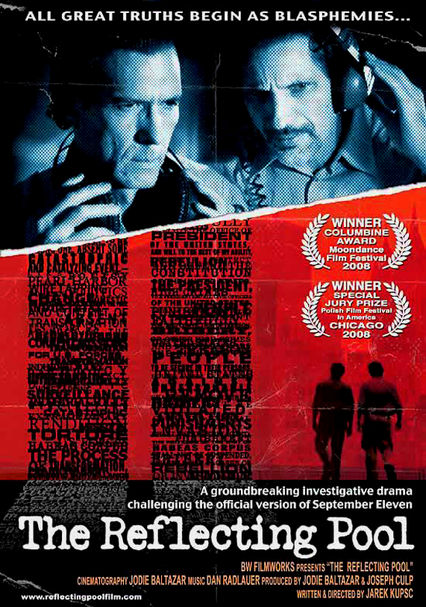 2008 NR 1h 46m DVD
Successful Russian-American journalist Alex Prokop (Jarek Kupsc) and Paul Cooper (Joseph Culp), whose daughter died in the Sept. 11 attacks, team up to investigate the U.S. government's possible involvement in the destruction of the Twin Towers. As the duo digs deeper, the FBI puts pressure on Alex's editor (Lisa Black) to reveal sources, while the magazine's corporate owners threaten to kill the story in this thought-provoking thriller.