The Return of Don Camillo 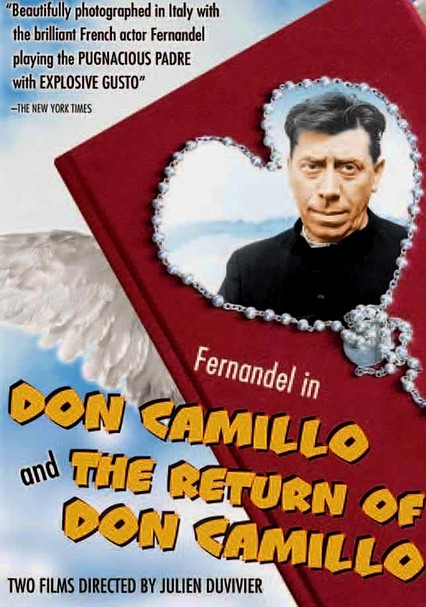 The Return of Don Camillo

1953 NR 1h 45m DVD
It's a battle of pride and power between Father Don Camillo (Fernandel) and Communist Mayor Peppone (Gino Cervi), in the second film of a series based on Giovanni Guareschi's popular books. Just when Peppone believes he has finally gained unbridled control of his village, the villagers need the exiled Catholic priest's assistance with persuading a landlord to let them build a dike to prevent flooding. Will Peppone end up summoning Camillo?