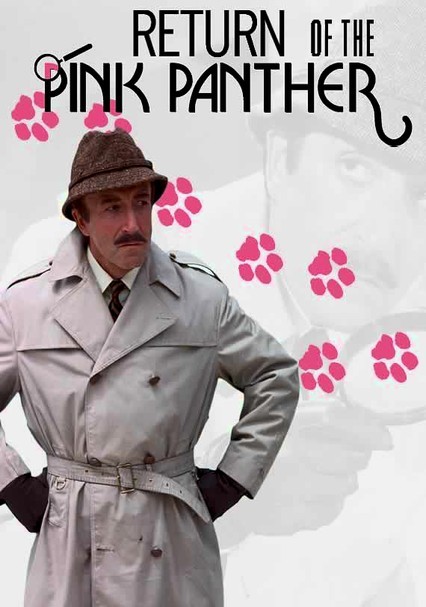 1975 G 1h 53m DVD
When the priceless Pink Panther diamond is stolen yet again, the inimitable Inspector Clouseau (Peter Sellers) is saved from an unwilling early retirement and sent to the country of Lugash to investigate and return the jewel to its proper owner. Certain that the heist is the work of a suave jewel thief, Clouseau unleashes his formidable array of outlandish disguises -- and preposterous deductive powers -- in madcap pursuit of the wily criminal.

Parents need to know that Clouseau addresses his Asian manservant Cato in racially-condescending terms ("my little yellow friend"), and that the movie's ostensible "good guy" (apart from Clouseau) is a charming career thief who's not above intimidating a weasel supporting character via torture. There is gunplay for comic effect.

None, unless you count Clouseau, attempting to trap Sir Charles, dressing up as a lounge lizard (with half his mustache missing) and trying to seduce the jewel thief's wife.

Some slapstick fights. Chief Inspector Dreyfus tries to shoot/strangle Clouseau (harming himself and others instead). Some mildly 007-type action as Sir Charles tangles with armed thugs. Running joke about him bullying one of their flunkies by breaking the man's fingers.

Mixed, since Inspector Clouseau, while wholly on the side of righteousness and justice, is an arrogant clown, while the bright and good-looking Sir Charles is a professional thief (and his pretty wife is no better).