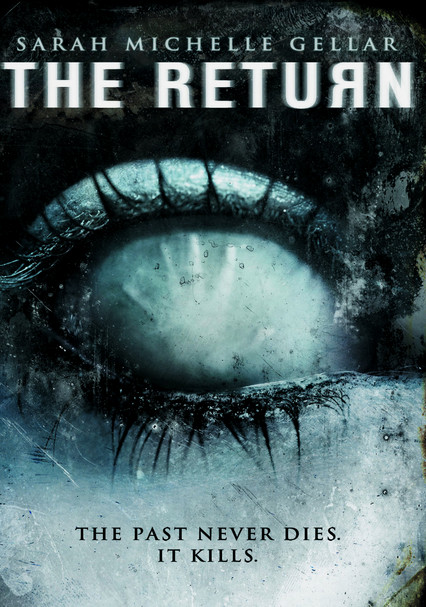 2006 PG-13 1h 26m DVD
After being plagued by horrific nightmares about the murder of a young woman she's never met, successful sales representative Joanna Mills sets out on a determined quest to pinpoint the source of her fears.

Parents need to know that this slow-moving, arty, somewhat abstract film, isn't likely to hold kids' attention (though many teens may want to see it because of star Sarah Michelle Gellar). Though trailers suggest that it's a horror movie, it's really more of an exploration of a trauma. It follows a young woman's struggle with violent, literally dark memories. These include a man's fatal assault on a woman, a car accident, and aggressive behavior by a creepy ex-boyfriend/co-worker. Violence (and one sex scene) tends to appear subjectively, which makes it hard to read. Characters are generally mean-spirited, depressed, and cryptic. Some drinking, a couple of jump scenes, menacing men chasing girls and women, and fairly mild language.

One scene shows sex as a flashback (blurry images, very close-up and inexplicit); one friendship involves a tender kiss but doesn't develop further because of the movie's focus on scary stuff.

Several jump scenes; a young girl is stalked; protagonist cuts herself with knife twice; a car accident is shown repeatedly (the last version is the most violent, showing the crash itself); repated, sometimes abstract-seeming, bloody body parts; repeated versions of the same assault/central murder (a man hits, drags, kicks, then knifes his femlae victim, with bloody results and screaming); after another car accident, the protagonist's face and chest are bloodied; climactic struggle involves hitting, kicking; protagonist stabs villain with big knife; rape is threatened twice (first time is cut off quickly by another man; second leads to woman's murder).