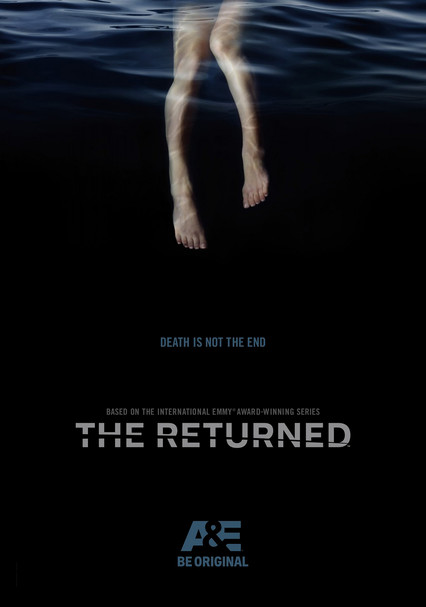 2015 TV-14 1 season
People from a small town, long presumed dead, suddenly re-emerge as they were before they left, to the joy and confusion of their loved ones. But as the resurrected try to assimilate, some question whether they're who they claim to be.

Residents of a small town grapple with conflicting emotions when several people long believed dead suddenly return to life, appearing as they did before they passed on. While some are overjoyed to see their loved ones again, others are distrustful.

Parents need to know that The Returned is a creepy drama about dead people who mysteriously return to life. It's more akin to a ghost story than a zombie drama, however: No flesh-eating revenants lusting for brains, but still, very young viewers are likely to be at the very least unsettled and possibly traumatized by this show. Disturbing scenes include a suicide, a school bus full of students driving suddenly off a cliff, a stabbing, and so on. Blood and gore are light, but with the goings on that examine characters' grief and confusion, even gore-free scenes are likely to affect sensitive viewers. Many scenes take place in bars; characters smoke cigarettes and curse ("hell," "a--hole"). There are frequent sex scenes, including those between teens, with moaning and thrusting but no nudity; female characters are shown in underwear.

Fairly graphic sex scenes including teens groping for a condom and then thrusting/moaning and a woman and man in bed in their underwear.

Light on gore and blood, but there are intense and scary scenes: a school bus full of teens driving off a cliff and a man jumping off a bridge into a waterfall. A character we've grown to know is stabbed on-screen.

Unbleeped cursing: "You're welcome, a--hole!" and "What the hell?"

Emotions and motivations are complicated in this mysterious show.

Series is based on a French drama; viewers may want to watch it after watching this.

Many scenes take place in a bar with 20-somethings doing shots; a character smokes cigarettes.