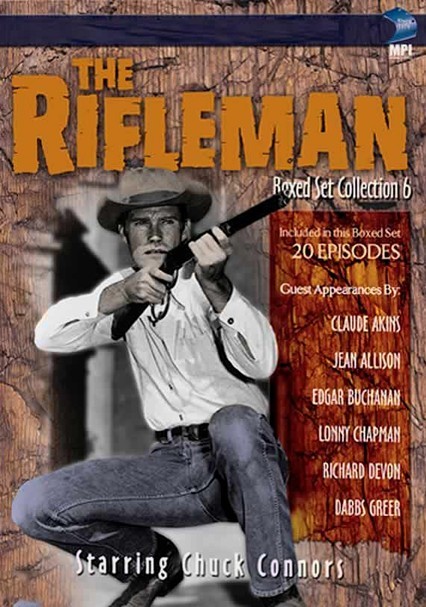 In this classic Western series that debuted in 1958, Chuck Connors stars as rancher and single father Lucas McCain, whose reputation as a fast gun follows him when he moves to the frontier town of North Fork, N.M., with his adoring son, Mark (Johnny Crawford). Paul Fix co-stars as Marshal Micah Torrance, who frequently calls upon McCain and his rapid-fire Winchester rifle to help maintain the peace.