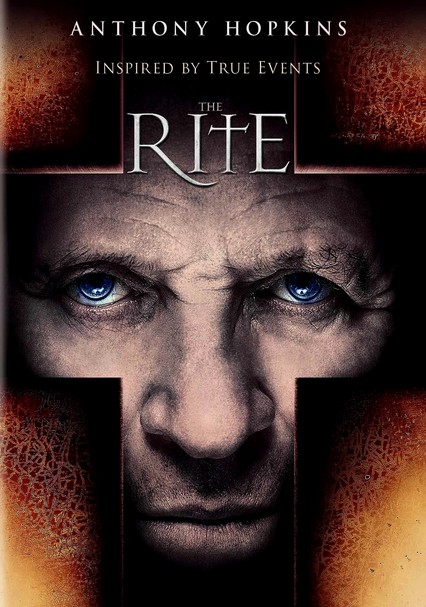 2011 PG-13 1h 52m Blu-ray / DVD
Despite his conviction that demonic possession is superstitious mumbo jumbo, a Catholic priest-in-training travels to Rome to attend an exorcism school at the Vatican. But soon true-believer Father Lucas introduces the young cleric to Satan's power.

Parents need to know that this horror drama centered on exorcisms (and supposedly "based on true events") pales in comparison -- both in terms of scares and quality -- to horror classic The Exorcist. That said, The Rite does have some disturbing images and violence directed at children and women: A pregnant teen is possessed by a demon and tossed around, a boy has bruises all over his body, and a possessed priest slaps a little girl (he also attacks a grown woman). Language is infrequent but includes "f--k," "s--t" and "t-ts."

Two central characters have a kind of sexual tension, but nothing occurs between them. Still, the possessed priest picks up on this and taunts them with it. Discussion of sexual violence.

Many disturbing images, some involving children and teens. A pregnant teen is possessed by a demon; her body writhes and is tossed around a room. She eventually loses her baby in a pool of blood (hidden from view by bed sheets). A small boy has bruises all over his body, and a possessed priest smacks a little girl across the face (he also slaps around a grown woman). Also, shocking photos and recordings of people possessed by demons and some spooky sequences involving shadows and noises. Discussion of rape and incest.

Amid the scary/disturbing images and thematic content, the movie's main point seems to be that Michael needs to believe in the devil in order to defeat him. Michael is constantly looking for proof, which is the opposite of faith; it's an ages-old argument, but the movie doesn't really go into it in depth.

While in Rome, the hero spots a McDonald's and buys a coffee. Another character rebukes him for it and takes him for a "real" coffee.

A priest mentions that he's trying to give up smoking and pops a nicotine pill (or possibly gum).