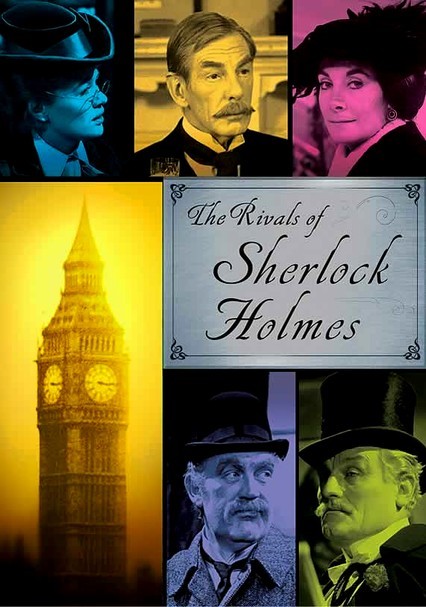 1971 NR 2 seasons
Mystery fiction of the Victorian and Edwardian eras inspire this captivating series that follows ingenious sleuths as they battle with the wicked criminals that terrorize England and the bumbling police who get in the way. Among the detectives featured are ghost chaser Carnacki (Donald Pleasance), churlish scientist Thorndyke (Barrie Ingham), Gypsy pawnshop owner Hagar (Sara Kestelman) and stuffy secret agent Drew (Derek Jacobi).

This 1971 British television series features mysteries based on Victorian-era literature that starred a variety of clever and sometimes dodgy sleuths, including blind detective Max Carrados, secret agent Duckworth Drew and French PI Eugene Valmont. Like Holmes, these men and women ply their wits outside the law to help rid London of greedy jewel thieves, shady spiritualists, hooligan fans of the nascent sport of cycling and more.

Based on the works of Victorian-era mystery writers, this classic British series spotlights ingenious sleuths who match wits with international jewel thieves, assassins, counterfeiters and various swindlers of all sorts. Their cases take them around the world, from London to South Africa, France and even across the Atlantic aboard a steamship. Noteworthy actors making appearances in these episodes include Derek Jacobi, Judy Geeson and Jean Marsh.