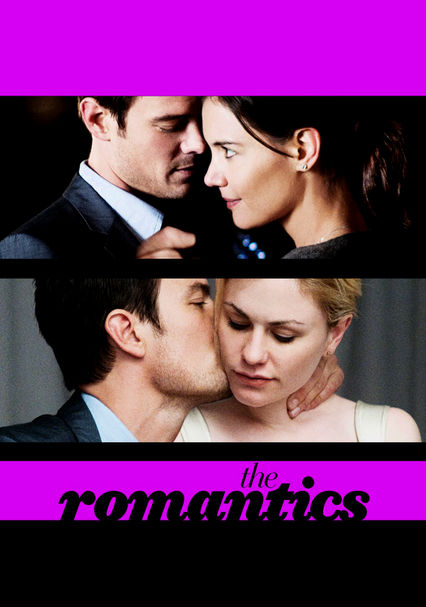 2010 PG-13 1h 36m DVD
Sexcapades and lots of laughter ensue when a group of college friends reunite for the wedding of Lila and Tom, and an old rivalry resurfaces between Lila and her maid of honor, Laura, who still holds a torch for the groom.

Parents need to know that this indie wedding drama focuses on mature themes like marriage, infidelity, relationships, and post-college malaise that aren't age-appropriate for younger teens. Although some of the stars (especially Anna Paquin and Katie Holmes) may appeal to younger audiences, the nuances of this drama (which ultimately isn't very pro-marriage) are best for those who are in or out of college. Expect several passionate kisses, plus one scene that shows the groom-to-be about to have sex with someone other than his fiancee and another scene in which a bridesmaid makes out with a groomsman who isn't her husband. Language includes "s--t" and "bitch," and there's both excessive drinking (some characters get ridiculously drunk) and some drug use (cocaine).

Lots of sexuality and relationship issues. The groom and a bridesmaid kiss passionately and may or not may have had sex (it's unclear). The bride and groom share several short kisses. A married bridesmaid makes out with a groomsman, while her husband strips and runs around with another bridesmaid (but they don't kiss). Friends skinny-dip, and viewers see lots of skin and underwear, but no outright nudity.

Language includes words such as "s--t," "bitch," "a--hole," and other milder insults.

The couples who are married or in monogamous relationships are portrayed as untrustworthy and, in a couple of cases, unfaithful. A bride claims that her friend's dalliance with her fiance is an infidelity on the friend's part but not her husband-to-be's, which sends the message that it's the woman who's unfaithful, not the man. Undergraduate life is shown as the pinnacle of the friends' lives, as if what comes after is completely anticlimactic. Class-ism and anti-semitism are hinted at but never explored in depth.

The seven best friends (minus the bride-to-be) get ridiculously drunk; two do lines of cocaine. The bride's brother is so drunk that someone jokes about whether he shouldn't have an ankle bracelet on. Before the friends get totally wasted, everyone at the rehearsal dinner is drinking socially.