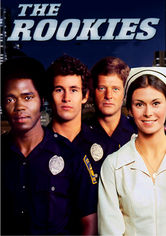 1972 NR 1 season
This classic Aaron Spelling-produced crime drama follows three rookie police officers as they patrol Southern California in a tense era. Aired in the mid-'70s, the show influenced future cop dramas by portraying the emotional side of officers.