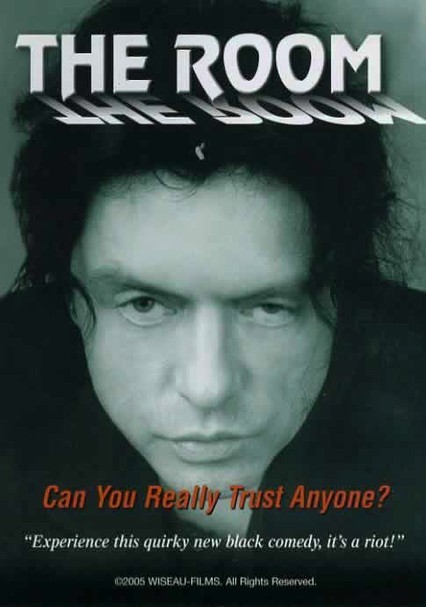 2003 R 1h 39m DVD
Uninhibited by cinematic convention, this quirky cult favorite about lust and duplicity delivers nonstop laughs from beginning to end as the film's central character (writer-director Tommy Wiseau) discovers that his foxy fiancée, Lisa (Juliette Danielle), is bedding his best friend. Adding to the hilarity are Greg Sestero, who plays the backstabbing buddy, and Carolyn Minnott as Lisa's materialistic mom.

Parents need to know that this notorious midnight-movie sensation, though not gory or pornographic like some other "cult" pictures, has extramarital sex scenes showing plenty of bare skin. Characters swear and get drunk under extreme duress. Sexual infidelity is key to the story, and the plot, if it can be taken seriously, ends with a blameless character committing suicide, essentially "getting even" with people whose treacheries hurt him.

A fistfight. A climactic suicide via gun that shows spilled blood.

The f-word and s-word in emotional moments.

The movie obviously disapproves of Lisa's cheating on Johnny; most troubling is Johnny's fatal reaction to it. The message, if any, is that poor Johnny deserves better.

Social drinking and a bad bout of drunkenness on behalf of one character. Talk of illegal drugs.