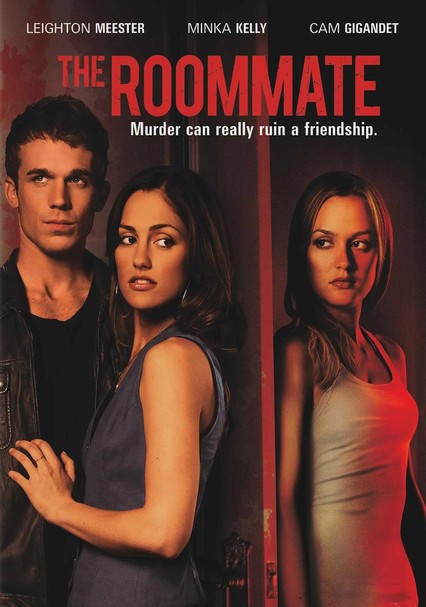 2011 PG-13 1h 31m Blu-ray / DVD
While acclimating to campus life, college freshman Sara begins to realize that her new roommate, Rebecca, is becoming obsessed with her. When the unhinged Rebecca starts targeting Sara's friends and loved ones, can she save them -- and herself?

Parents need to know that this cliched thriller starring Gossip Girl's Leighton Meester centers on a young woman who's dangerously obsessed with another, to the point of violence. The movie has many creepy scenes -- and violent ones, including some with gore and blood, beatings, stabbings, and more. And a general air of malevolence hangs over the whole movie. There's also some swearing (including "s--t" and "a--hole"), sexuality (including two women kissing), and underage partying.

A man and woman have phone sex (viewers hear only the beginnings of the conversation). Close-ups of the faces of women climaxing. A man and a woman sleep together (no nudity). Two women kiss.

A girl bashes another girl's head in the shower; she also puts a cat in the dryer (nothing more than that is shown, though it's understood that she'll turn on the machine and kill the cat) and beats up and ties up another woman and then attempts to suffocate her with a plastic bag. A man hits a woman in self-defense. A woman tries to shove another woman out a window; she also stabs herself with a box cutter after she bruises her face with her own fist. A gun is drawn.

Lots of menace and animosity surrounding the message that not everything is as it appears and that you should trust your instincts when you feel something (or someone) is off.

References to fashion designers like Marc Jacobs and Yves Saint Laurent, as well as Vogue magazine. A Sony Vaio laptop is used, with logo visible.

Underage drinking at a frat party (primarily beer and spiked punch). A woman flashes a roomful of people while drunk. A vial of meds prescribed for schizophrenia, and bipolar disorder is found.