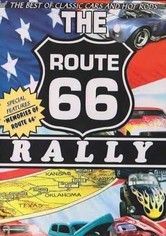 2004 NR 1h 0m DVD
When it was established in 1990, the Route 66 Rendezvous attracted 400 participants who wanted to pay homage to the fabled travel route. More than a decade later, it's grown to mythic proportions, attracting 500,000 fans and thousands of cars. Discover the allure of this magical event, which boasts such drama as the flame-throwing and open headers competitions.