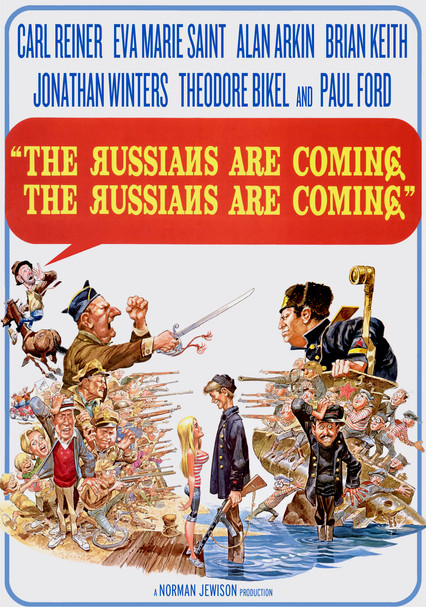 1966 NR 2h 6m Blu-ray / DVD
A Russian submarine runs aground near a small New England town, and it's up to Lt. Rozanov (Alan Arkin) as the Russians' second-in-command to covertly secure a towboat to avoid an international confrontation. When he hooks up with residents such as Walt Whittaker (Carl Reiner) and the police chief (Brian Keith), all hell breaks loose. This classic comedy earned three Oscar nominations, including one for Best Picture.