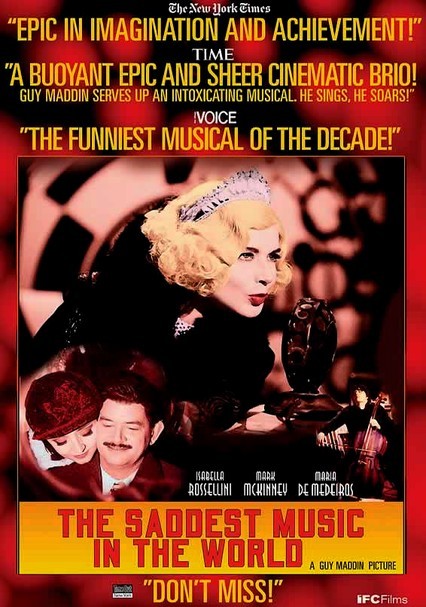 2003 R 1h 40m DVD
&NFb&NFb_;During the Great Depression, beer baroness Lady Port-Huntley (Isabella Rossellini) offers a $25,000 prize to the composer who can write the saddest music in the world. Musicians from around the globe travel to Winnipeg to vie for the cash, including a failed Broadway producer, a cellist just returned from postwar Serbia and a bereaved father wracked with guilt over the accidental amputation of the legs of his one true love.