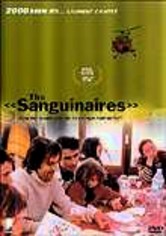 1998 NR 1h 8m DVD
It's December 1999, and François, his friends and their families have arranged to escape from Paris and the lunacy surrounding the countdown to the new millennium: They've retreated to an isolated Mediterranean island called the Sanguinaires. In their seclusion, the gang finds that they may have been able to run from humanity's madness, but they can't escape their own maddening humanity in this provocative drama from Laurent Cantet.