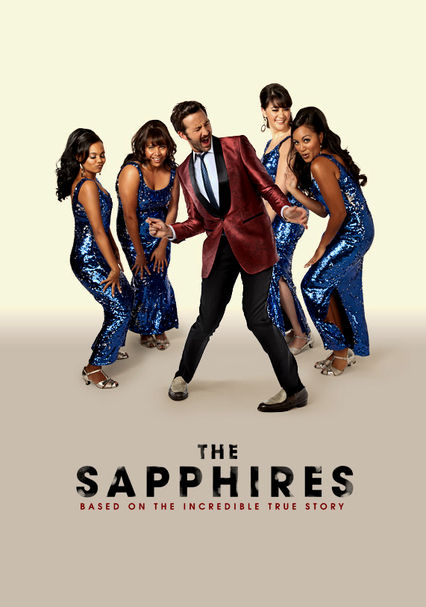 2012 PG-13 1h 40m Blu-ray / DVD
The spirit and vitality of 1960s soul music are at the core of this film about a real-life Australian aborigine singing group and their bumpy career. Three sisters and a cousin are brought together as the Sapphires by a talent scout with a plan.

Parents need to know that The Sapphires is a fact-based musical drama about an Aboriginal singing group that went to Vietnam in the 1960s to entertain the soldiers. In addition to themes of teamwork and following your dreams, it deals with the immoral practice of whites taking light-skinned Aboriginal children away from their families to be re-educated and raised as whites. Sexuality is probably the biggest content issue here, though most of it involves romantic flirting and kissing, with only one scene of real sexual suggestion. There's one scene of Vietnam War-related violence, with shooting and explosions, plus some mild fighting and a little bit of blood. Language includes infrequent use of words like "s--t," "t--s," and the "N" word. And the main male character is a heavy drinker, getting drunk and suffering from a comical hangover in some scenes. Many characters smoke cigarettes (accurate for the era).

Lots of kissing, and one of the singers is especially flirty with many men, though she's never in any danger. In one scene, she's shown kissing and straddling her prone boyfriend, though they're both fully clothed. Many other romantic scenes of flirting and kissing, though there's really very little sexual innuendo, sexuality, or nudity.

An attack sequence in Vietnam includes bombs going off and bullets flying. One of the main characters is hit, but it's seen only from a distance. A little blood is shown. Two of the girls punch each other in the face in one scene; one gets a bloody lip. A gun is introduced but never fired. In a tense flashback, white officials descend upon an Aboriginal village, intending to take any light-skinned children. The girls sing in a Vietnam hospital for wounded soldiers, and viewers see missing limbs, etc. There's a news report about the assassination of Martin Luther King, Jr.

Though the bulk of the movie is about achieving fame and falling in love, there are some interesting human rights themes in the margins. One is about the "stolen generation" of Aboriginal children in Australia; light-skinned children were seized from their families to be raised in white schools and taught "white ways." The movie takes into account some of these racially themed tensions. Other themes include the benefits of hard work and teamwork.

The main male character is seen drinking (beer and whisky) and drunk fairly often. He wakes up with a comical hangover the first time he's on screen. He gets very drunk during a card game with some soldiers, which results in his making a mistake. He also smokes cigarettes, as do many of the background characters -- which is accurate for the era.