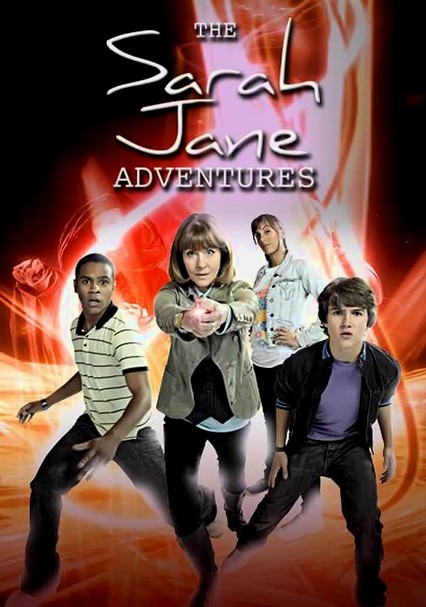 2007 NR 5 seasons
A spinoff of "Doctor Who," this sci-fi children's series follows investigative reporter Sarah Jane Smith, who takes it upon herself to save the planet from evil extraterrestrials bent on global domination.

Reprising the role she inhabited on "Doctor Who," Elisabeth Sladen stars as investigative reporter Sarah Jane Smith, who -- with help from her adopted son and a young neighbor -- defends the world from evil aliens angling to take over the planet.

In Season 2 of this "Doctor Who" spinoff, Sarah Jane attempts to keep her alien-fighting lifestyle a secret from the neighbors, but it's only a matter of time before plucky, 14-year-old aspiring journalist Rani catches on.

Investigative journalist Sarah Jane Smith (Elisabeth Sladen) knows a thing or three about space travel, time traps and humanoid high jinks: She learned the ropes on the "Dr. Who" series, and she's back to take care of unfinished alien business. This season, Smith joins with adopted son Luke (Tommy Knight) and his mates to combat a reanimated Mona Lisa and disable lethal Erasmus Darkening, and the Doctor (David Tennant) himself pays a rare visit.

Journalist Sarah Jane Smith continues working to thwart aliens intent on dominating Earth in this spinoff of the BBC's hit show "Doctor Who." This season, Sarah Jane faces down the Nightmare Man, the Android Guardians and other malicious villains.

Season Five sees the bubbly Sky, the Starchild given to Sarah Jane by the Doctor to look after, settle into Bannerman Road and discover she has telekinetic powers -- although she has no idea how to use them.

Parents need to know that this family-targeted Doctor Who spin-off is heavy on aliens trying to take over the Earth, but light on violence and scares (the characters prefer to use wits over weapons, and the effects aren't very sophisticated). There's no iffy sexual content, drinking, or particularly strong language, either, and main character Sarah Jane is a plucky, ingenious single mom who -- in a rarity for TV -- looks and acts her age, speaks honestly about her feelings, and comes across as a very real person. That is, a real person who spends her days tracking down aliens and sending them packing without resorting to violence.

No sex or nudity, though there's a bit of subtle innuendo. The show does not ignore sexuality -- middle-aged Sarah Jane's lack of a husband or boyfriend is occasionally mentioned, both by her and other characters. Maria's parents are divorced, and her mother sometimes hints at romantic encounters with a new boyfriend.

Sarah Jane and her friends frequently tangle with hostile aliens, but they use their wits rather than weapons, and she makes a point of noting that they're almost always outgunned. The violence is very tame, with a few less-than-dramatic explosions, some rather unconvincing alien costumes, and very little shooting or punching.

"Fart" is about as bad as it gets.

Unlike most American shows that focus on female characters, this show makes no effort to hide either Sarah Jane's age or her brains. She seems resigned to being perpetually single, and she and others sometimes pointedly remark on her lack of a husband or boyfriend. Maria's parents are divorced, and the show makes no effort to hide the downside of divorce, including parents who bicker over money and revel in their ability to date new people while neglecting their children.