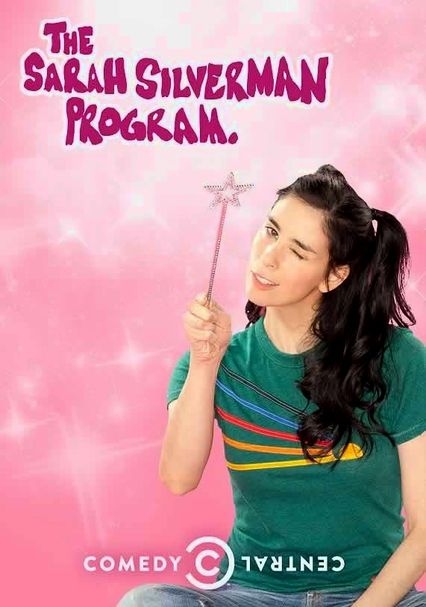 2007 TV-14 3 seasons
The irreverent Sarah Silverman stars in her namesake Comedy Central show alongside Brian Posehn and Steve Agee, and episodes center on her hilarious encounters and stream-of-consciousness banter with friends in Los Angeles. Silverman plays a fictionalized adaptation of herself: a juvenile, out-of-work, self-involved and irresponsible woman who constantly lands in uncomfortable and embarrassing situations.

Popular comedian Sarah Silverman stars in this series as a character named Sarah Silverman whose ordinary life often veers into surreal and hilarious territory, as revealed through scripted scenes, animation and musical numbers.

Highlights from the second season include a mix-up leading to Sarah joining a radical anti-abortion group, a cultural debate that finds Sarah donning blackface and Sarah finding herself in a sexual relationship with God.

The reigning queen of political incorrectness and inappropriate humor, comedienne and actress Sarah Silverman (in her first Emmy-nominated role), returns with a second season of her irreverent, critically acclaimed series.

Comic violence, like kneeing someone in the groin, knocking over a store display in a threatening manner, or tripping someone.

Steady stream of mild expletives like "dick," "crap," "ass," and "bitch," along with slang like "titties." Rare stronger language is bleeped.

Silverman's character is unapologetically self-absorbed, racist, homophobic, ignorant, and even criminally dangerous -- but the humor is largely intended to illuminate sociocultural issues.

TiVo is mentioned, and Sarah drives a Ford.

No central drug or alcohol use, but one episode features Silverman unintentionally getting drunk on cough syrup.