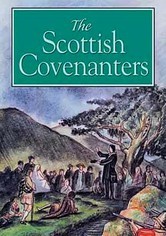 1998 NR 0h 55m DVD
This animated documentary chronicles the struggle of the 17th century Scots known as the Covenanters, who were dedicated to maintaining Presbyterianism as the country's sole religion. Considered revolutionaries, outlaws and extremists, they were bound to their cause by written covenants. Though subjected to relentless persecution, these Presbyterians fought a protracted spiritual battle that often left them deprived of their property and belongings.