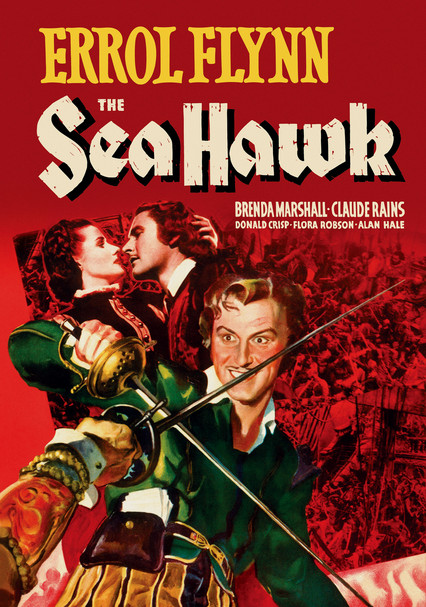 1940 NR 2h 7m DVD
Hired on by Queen Elizabeth (Flora Robson), buccaneer Capt. Geoffrey Thorpe (Errol Flynn) loots and pillages the Spanish fleet and the New World colonies while sailing the high seas, but is stopped in his tracks when he attacks a vessel and lays eyes on beautiful Doña Maria (Brenda Marshall). Thorpe is captured, but escapes to warn England of the advancing Spanish armada in director Michael Curtiz's swashbuckling adventure.