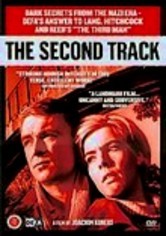 1962 NR 1h 20m DVD
In this German drama, Brock (Albert Hetterle), a railroad inspector, witnesses a robbery at a train depot. He recognizes the thief, but turning the man in would mean acknowledging he knows him, thus revealing his own complicity with the Nazi war machine. When Brock's daughter (Annekathrin Bürger) and her boyfriend (Horst Jonischkan) begin to question him about the incident, will the secret he's kept for nearly 20 years finally be exposed?