The Secret Life of Hippos 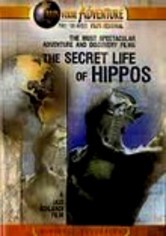 The Secret Life of Hippos

2007 NR 0h 52m DVD
The secret life of hippos is revealed in this award-winning documentary, which follows divers into the waters of Tanzania's National Reserve. For the first time, cameras capture on film the astonishing underwater habits of these surprising creatures. A rare look at an essential part of hippo life, filmmakers Craig Huxley and Jean-Christophe Jeauffre's captivating documentary earned the Jules Verne Adventure Film Festival Audience Award.