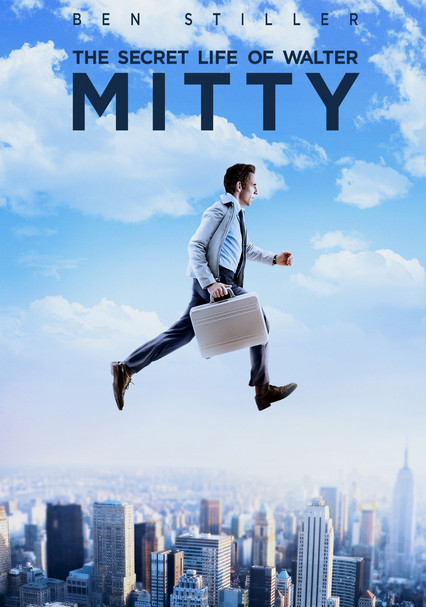 2013 PG 1h 54m Blu-ray / DVD
In this remake of the 1947 classic comedy, shy photo manager Walter Mitty is constantly daydreaming to escape his humdrum life and domineering mother, but when he gets embroiled in a real-life adventure, he discovers that being a hero is tough work.

Parents need to know that The Secret Life of Walter Mitty, starring and directed by Ben Stiller, may be based on James Thurber's short story, but it's very different from it and the original 1947 movie. It's a tween- and teen-friendly tale full of hope, with a can-do, go-big-or-go-home message that's backed by sensational special effects. Expect some swearing, including "hell" and "s--t," and some jarring scenes of conflict, though no graphic violence.

Some flirting and an unrequited crush is part of the story.

A man jumps into a building, crashing through the window, and the entire structure explodes soon after from a gas leak. A man threatens another at a bar, breaking a beer bottle and threatening his opponent with the shards. A man attacks a guy with a briefcase. A shark attacks a man, its jaws snapping.

You are your worst barrier. Get out of your own way.

The film is set in the Time and Life Building in NYC, which are the headquarters of Life Magazine, so there are plenty of mentions of the publication. Also: Dell, Papa John's, Sony, Cinnabon, Careerbuilder.com, Facebook, Instagram, Heinekin, Zero attache case. It's also practically an ad for e-Harmony, which is mentioned numerous times.

Some drinking at a bar; one man is totally inebriated and pilots a helicopter.