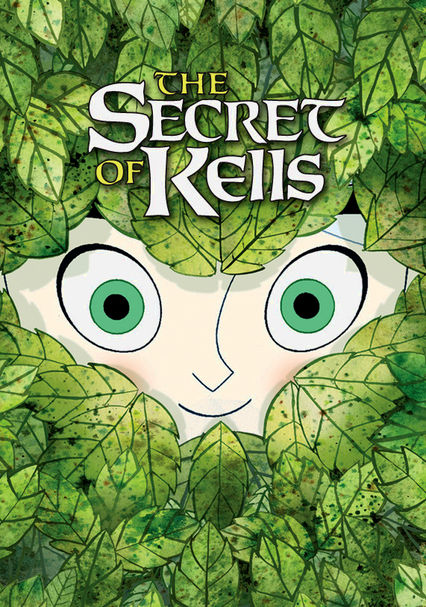 2009 NR 1h 15m Blu-ray / DVD
When Vikings attack an Irish abbey, the monks must stop work on the legendary Book of Kells and protect their home. So Brendan, the 12-year-old nephew of Abbott Cellach, is tasked with completing the magnificent work.

Parents need to know that this Oscar-nominated animated movie is too intense for preschoolers and even young elementary school-aged kids. Steeped in Irish folklore, the movie includes scenes of Barbarian invaders sweeping through towns, terrorizing and killing people with their swords and axes as they go. There are also some frightening images of red-eyed, snarling wolves and an evil pagan serpent god. Some families might also be concerned with the tension between religion (the main characters are all brothers in an abbey) and paganism (depicted by a fairy and a monstrous creature in the woods). Mature kids old enough to handle the cartoon violence will learn about Irish legends, the tradition of illuminated manuscripts, and how every hero needs friends to succeed in his quest.

The tone of the animation can turn dark, gloomy, and downright scary in parts, especially during the scenes when the Vikings are shown with their axes drawn or when a pack of red-eyed wolves circle a boy in the woods. The Barbarian invaders mercilessly set fire to a whole town and bring their axes down to kill the fleeing villagers. Needless to say, the Barbarians are frightening and murderous. The sequence with the pagan creature that haunts the woods is also intense. One character is shown near death after he has been speared, and other characters are presumed dead due to a fire.

Although Brendan disobeys his uncle, he is ultimately trying to do what's best for Kells by preserving the famous illuminated manuscript that Aidan needs his help to finish. Brendan believes God has granted him a gift to illustrate the manuscript, and he follows this gift. But he also learns that what his abbot uncle called "pagan nonsense" wasn't nonsense at all; there is magic in the woods, in the form of a beautiful fairy girl and an underground monster. Some families might not be comfortable with the depiction of pagan motifs and characters along with strong spiritual/Christian themes.