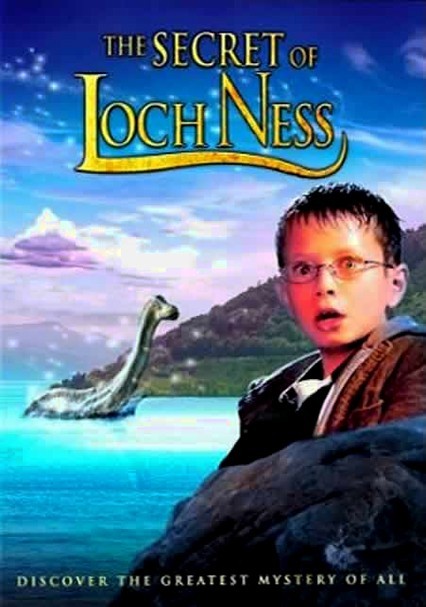 2008 PG 1h 30m DVD
When imaginative 11-year-old Tim Bender (Lukas Schust) comes across a story that suggests his departed father may still be alive, he embarks on an adventurous expedition to uncover the truth -- a journey that leads him to the secret world of the Loch Ness. Michael Rowitz directs this fantasy-filled odyssey, while Lisa Martinek, Dorkas Kiefer, Serge Falck, Thomas Fritsch and Hans Werner Meyer co-star.

Parents need to know that The Secret of Loch Ness involves an 11-year-old boy who believes his father drowned discovering that his father might be alive, and he sets off on his own (using deceit) to track him down. There's some profanity (including "s--t" and "Christ"), violence that includes a man being shot twice with a gun (but surviving), peril throughout, and some mature themes involving unplanned pregnancy and dishonesty about a child's origin family. It's also quite obviously overdubbed and revoiced in English, which makes for awkward viewing.

A few kisses. A guy warns a woman not to have an affair with a coworker.

Peril throughout as an 11-year-old boy wanders off on his own with no adult guidance into the wilderness to investigate his father's identity and perhaps find the Loch Ness monster. A man is shot after struggling with another man, then falls to the ground (he later recovers). A man in pursuit of a couple points and fires a gun wildly in their direction. A man is shot in the leg, and blood is shown briefly. Elsewhere, a woman slaps a man across the face in multiple scenes. A large water-bound dinosaur pursues or intimidates boaters, knocks over boats, or speeds menacingly through water. In one scene, a child falls off an upturned boat into water and disappears (but is later found). There are some dark figures and scary shadows, as well as a Gollum-like character hidden in a cave who turns out to be nice but looks rather frightening.

Minor profanity used throughout, such as "s--t," "bulls--t," and "Christ" as an expletive.

The Secret of Loch Ness offers positive messages about believing in your convictions and the importance of uncovering the truth.