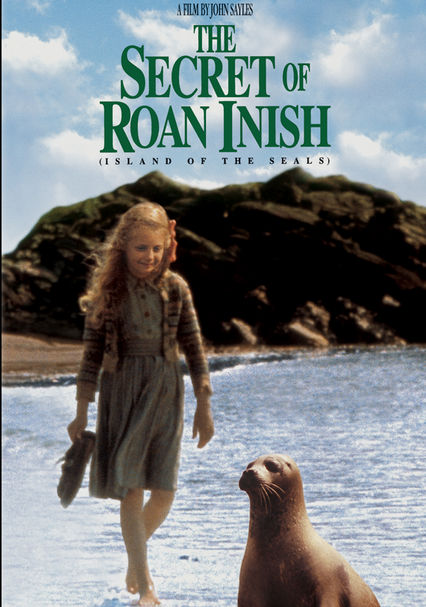 1993 PG 1h 42m DVD
When 10-year-old Fiona (Jeni Courtney) learns how her ancestors came to leave the island of the seals, Roan Inish, she discovers there may be magic afoot in her family tree, in writer-director John Sayles' (Limbo, Lone Star) fable for all ages. This Celtic fairy tale -- about folkloric, aquatic creatures that are half human and half seal -- includes breathtaking images of Ireland's coastline and full commentary by Sayles.

Parents need to know that some images in this film may be frightening to young children: a cradled infant boy floats into the stormy sea and disappears while birds attack two men on the shore, preventing them from rescuing the baby; a "Selkie" (legendary seal) unsettlingly sheds its skin to become a woman. The opening scene takes place at the funeral of a young mother; the sound of a wailing baby intensifies the sadness. There is a startling moment when a young man suddenly stabs a knife into a table. Stories and superstitions are related throughout, some of which humanize sea creatures and sometimes make them appear threatening. Drinking takes place in local pubs. A naked toddler runs along the beach in several sequences.

Birds attack two men while another bird pushes a baby in a cradle into the sea. The floating cradle is lost at sea in a fierce storm. A character suddenly stabs a knife into a table top in a moment of great anger.

Two big messages resonate: That humans and creatures in the animal world are dependent upon one another and deserve to be treated with mutual respect, and that the legacy of the past, combined with faith and tenacity, can result in miraculous discovery.

Men seen drinking in a pub. Possibly drunk patron with beer in hand asks that his daughter be taken to live with her grandparents. Mention made of pub drinking on several occasions.